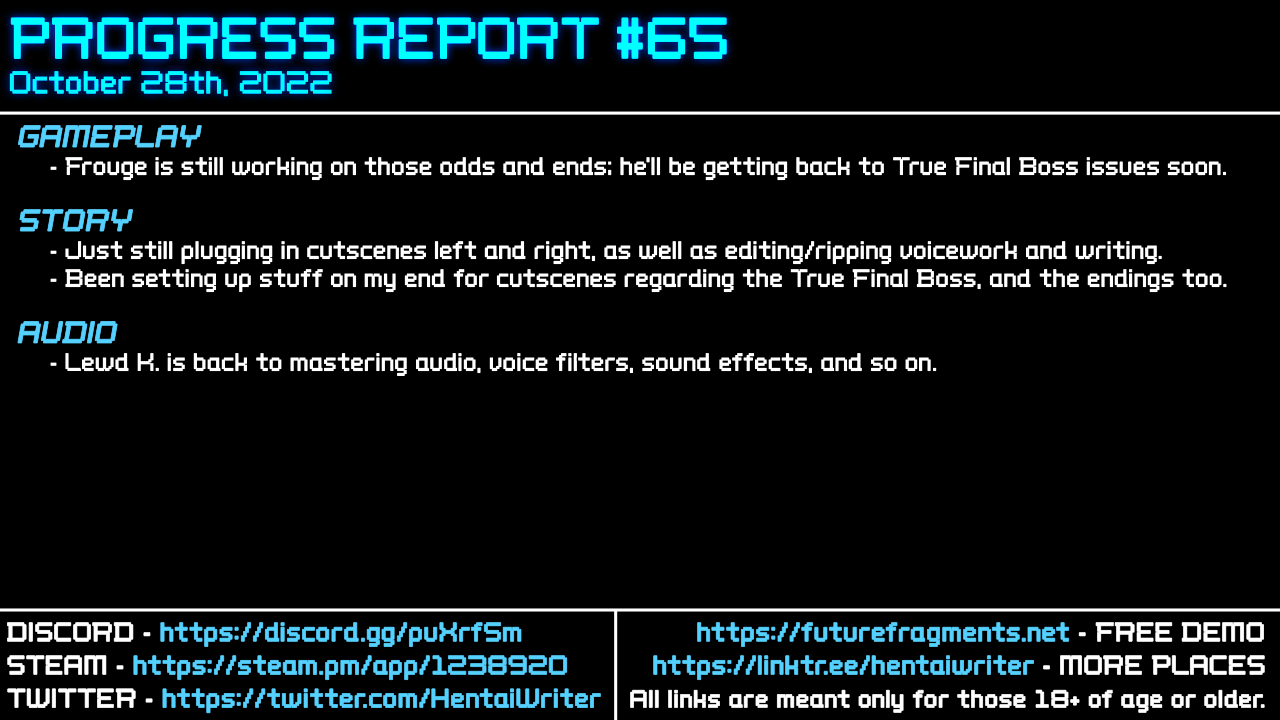 Because I was vomiting my guts up and pretty shit from a strep throat, as well as Triangulate needing to rework the visuals on one of the enemies, we're NOW going to re-submit the game to Steam on November 5th. Just moving it by 4 days, but since the game is coming out on November 30th, that should still be more than enough time to get in.

Again, at launch, due to factors both that are our fault and factors out of our control, probably 15-20% of total voicework for the game will not be in at launch.

Additionally, probably 20-30 cutscenes (out of literally 1,000+ cutscenes/variants) likely won't be in. All the NSFW scenes will be in at launch, though.

HOWEVER, it is extremely likely (but not guaranteed) that we'll be able to get 100% of voicework and scenes in before year's end.
So you can view the first month or two of release as sort of a "soft launch" before everything is totally in before year's end voice-wise.

The game will be playable from beginning to end at launch with 95% of content in. All updates will be free, including DLC, bugfixes, polish, etc.

I am happy to see the game finally get a full release.