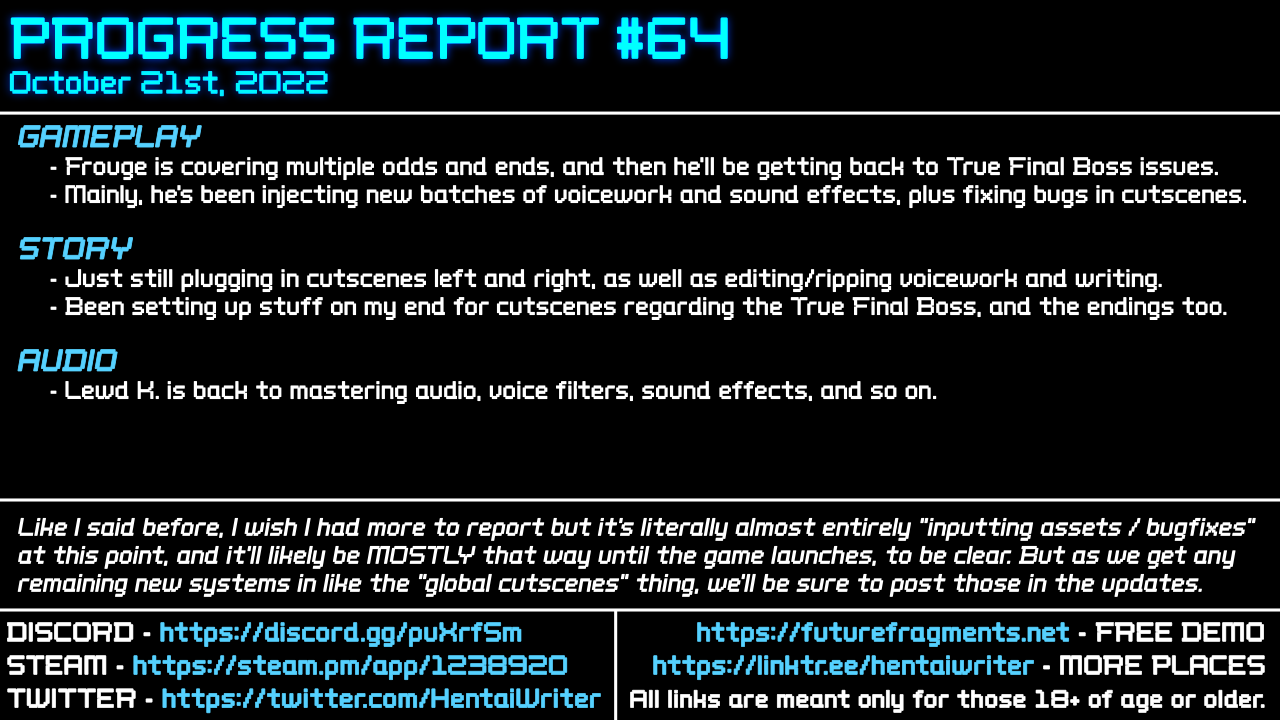 Pretty much covered it in the image, but we also decided to move the RE-submission date to November 1st, since Steam is having a sale through to the end of October and they're not likely gonna check anything during it anyways; gives us more time to get more stuff in to have a higher chance of acceptance.

Also, to be clear for those who missed it last time; we WILL be releasing the game on November 30th, 2022, no matter what state it's in. We are grinding like crazy to get it as close to completed as possible by then.

It is likely however that some voicework won't be in at launch, as some of the voice actors will likely be away on holidays (Thanksgiving, for instance) and a few of the voice actors, including lead VAs, have become very busy, and combined with the large amount of work they've got left to do (which is entirely on me not getting them scripts earlier, aka my fault) it's unlikely 100% of the voicework will be done at release. Again, my fault, not theirs.

HOWEVER, it is extremely likely (but not guaranteed) that we'll be able to get 100% of voicework done before year's end.

So you can view the first month of release as sort of a "soft launch" before everything is totally in before year's end voice-wise.