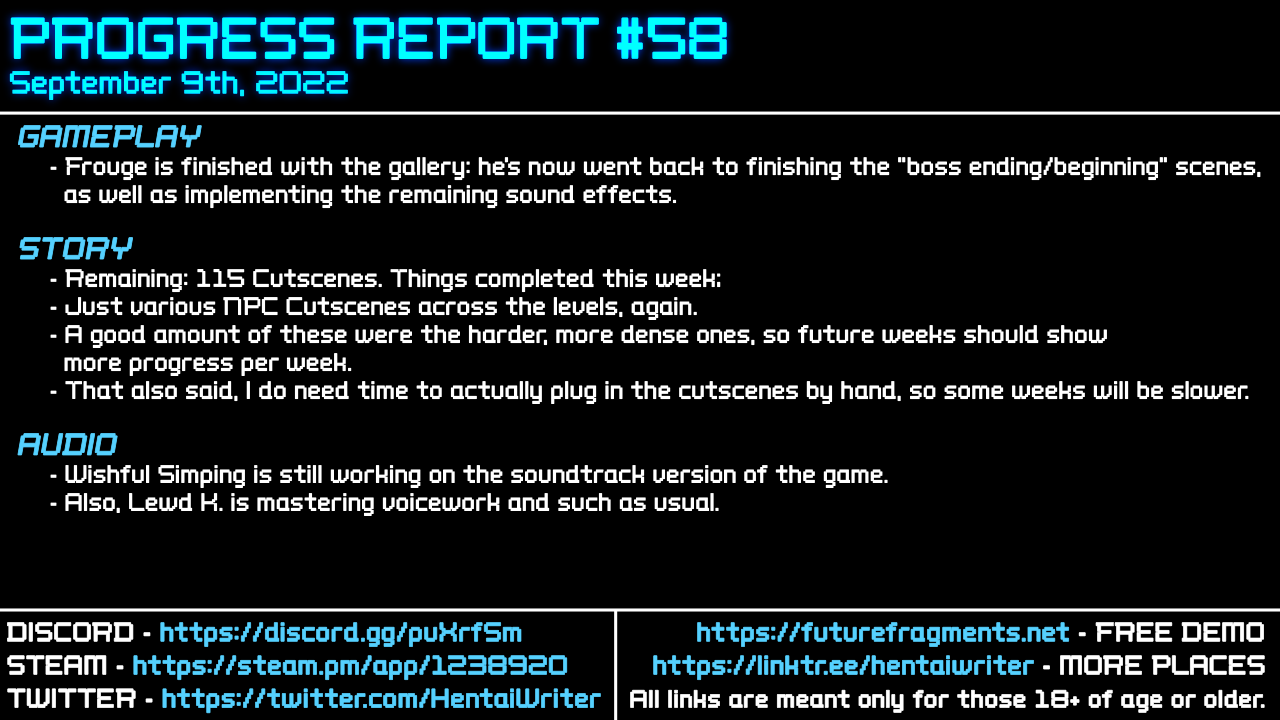 Whoops, was a bit late on this one; got sidetracked with some IRL things, had to repair some stuff on my shower.
Frouge is making good progress on his end of things, so that's good.

I'm moderately progressing, probably expect either more cutscenes done next week than I got done this week OR expect little to none, depending on whether I end up focusing on getting the cutscenes in-game or just churning out the writing.

In either scenario, it's progress though, of course.

Also, something I wanted to make sure was clear since I'd seen a few people asking about it; we're going to SUBMIT to Steam on the 22nd, but that's not when the game comes out.
Steam needs to check through the game (they might even reject it due to whatever random reason), which can take between a day to a few weeks.

But we'll keep you updated both through progress reports, as well as updated on the Steam situation too.