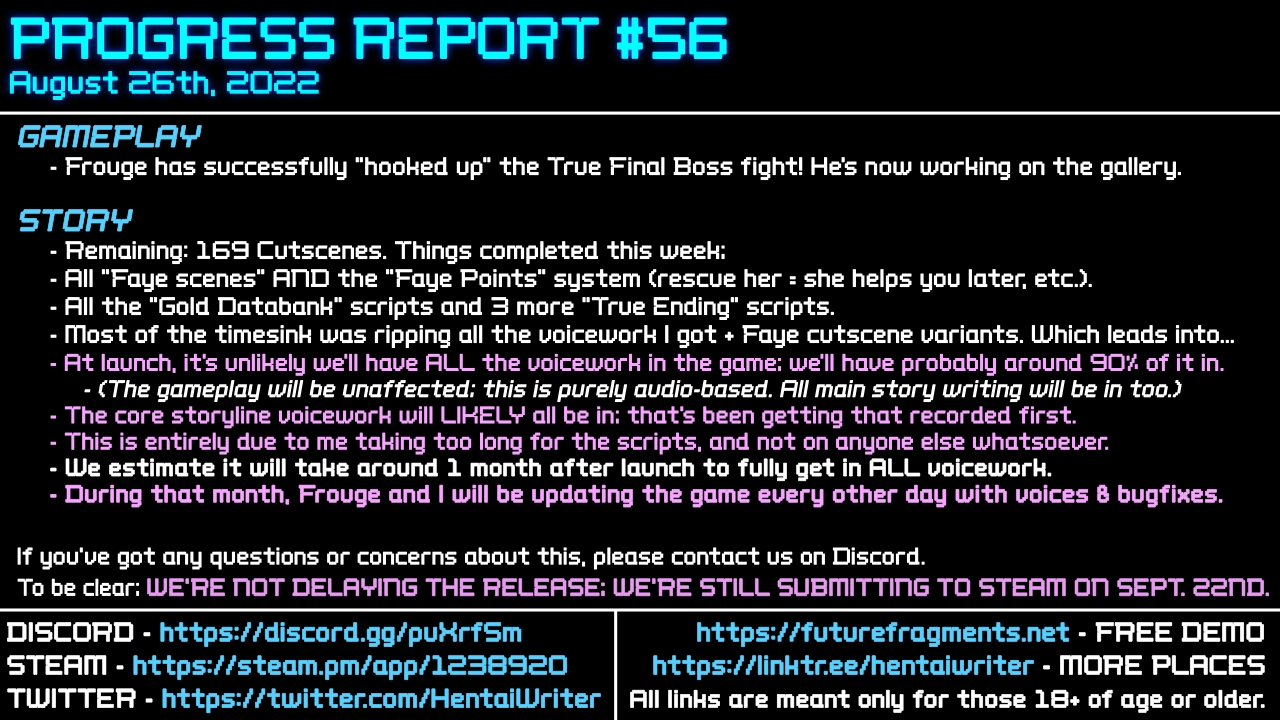 So again, I'd like to stress; despite the 10% of missing, non-core storyline voicework at launch, which is entirely my fault for not getting people scripts fast enough...

...we would really appreciate it if you'd still pick up the game at launch.

Frouge and I will be working literally every day to get updates out every other day for voicework being added in + bugfixes for the first month after launch (and a good while after that for just bugfixes and polish stuff).

And again, the game itself will fully be playable, you're not gonna be missing sex scenes, or bosses, or gameplay, or even storyline since all the writing will be in.